Today everyone knows Mickey Mouse as Disney's cheerful ambassador. But back in the 1930s, Mickey gained fame as a rough-and-tumble, two-fisted epic hero! And Mickey's greatest feats of derring-do were written and drawn by one of the greatest cartoonists of the 20th century - Floyd Gottfredson. The premiere volume, Walt Disney's Mickey Mouse Vol. 1: 'Race to Death Valley' features a dozen different adventures starring Mickey, his gal Minnie and her uncle Mortimer (not to be confused with Mickey's rival in the animates shorts!), his pals Horace Horsecollar and Butch, the villainous Pegleg Pete, and the mysterious and shrouded Fox. Relive Mickey's race to a gold mine with Pegleg Pete hot on his heels; Mickey's life on the lam after being framed for bank robbery; even Mickey's ringside battle with a hulking heavyweight champ! Now it's time to rediscover the wild, unforgettable personality behind the icon: Floyd Gottfredson's Mickey Mouse. 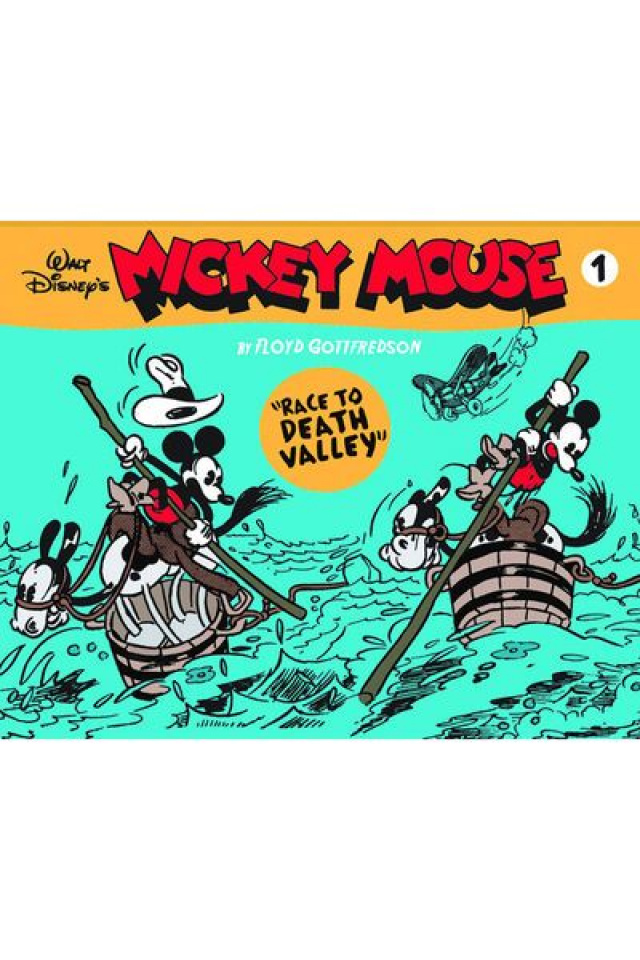