Dejah Thoris is in the hands of the treacherous, conniving and downright sleazy Jeddak of Yorn. Yorn wants to make Dejah his concubine, but death is a thousand times preferable to dishonor for a Martian princess. Yorn had better watch his back, because Dejah is a whole lot more than just a pretty face! He is working to resurrect the ancient evil buried in the catacombs beneath Dejah's city of Helium. Valian, his son, is soft and unassuming, the opposite of his father in every way. But it takes more than muscles to make a hero. Valian's got a few surprises for his father in Dejah Thoris #2: The Awakening! 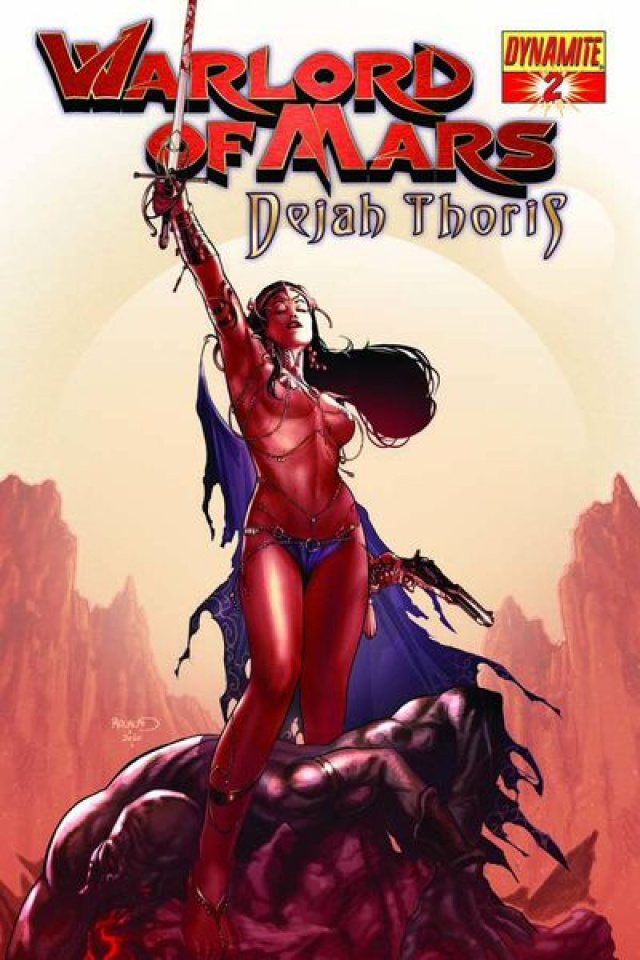