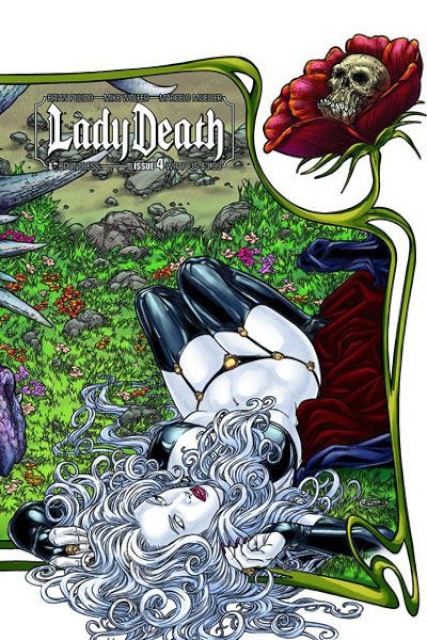 The shocking all-new Lady Death on-going series continues as she begins her return to power! Martial Arts action, swordplay, monsters and ghosts combine in a tale of incredible danger, in which defeat in battle carries a more torturous penalty than even death can deliver.

Tracking a shard of her very soul to the depths of a foul jungle in Medieval China, Illadra the thief hopes to recapture her stolen heritage... That of Lady Death, the warrior queen.

Even with the assistance of a noble heir to a stolen throne and the loyal warriors who battle by his side, can Illadra possibly triumph over the terrors beyond imagining within the castle of the evil Fung Wei?

And even before they step foot within the walls of the corpse-infested stronghold, the group must first deal with a beast Illadra thought she had killed: The werewolf assassin sent by Death Queen to rip Illadra to shreds!