The celebration of 70 years of Walt Disney's Comics continues in the pages of Donald Duck! First up, in the pulse-pounding climax of the rare 1938 classic, 'Foreign Correspondent,' Donald is captured in war-torn Sargassia; can he save Peter Pig and himself by posing as an enemy general?

Next, we have 'Donald Duck and the Pirates,' Jack Hannah's never-before-reprinted 1947 sequel to Carl Barks' 'Donald Duck Finds Pirate Gold!' Don't miss Old Yellow Beak's second treasure hunt in this issue, because you'll have the third story in the 'Pirate Gold' trilogy next month! 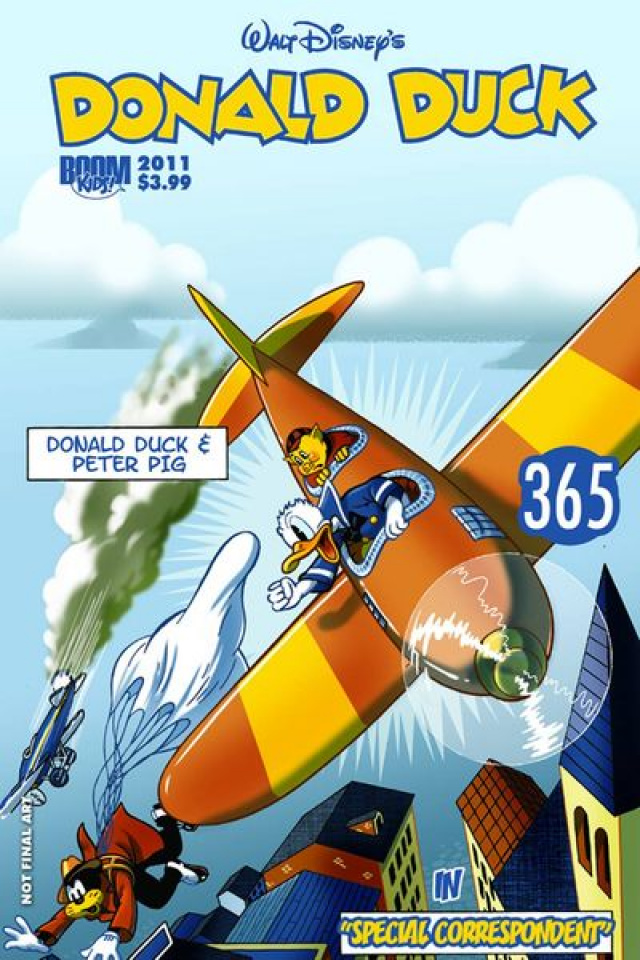