Take cover as Red Hulk enters a new age of sci-fi adventure! The score has been settled; the Incredible Hulk has beaten Red Hulk decisively. Now, Steve Rogers is on tap to give these explosive characters a sense of direction! For once on the side of angels, Red Hulk is tasked to deal with the deadly contingency plan left behind by Leader and M.O.D.O.K.: the apocalyptic Scorched Earth protocol. To save the world from the villains' dangerous doomsday scenarios, Red Hulk will need the help of Iron Man, Thor, Namor, Rick Jones (a.k.a. the awesome A-Bomb) and the one partner he thought he'd never team up with: the Hulk! With the wounds between them still fresh, the two big brutes of the Marvel Universe must bring their incredible power together, or it all ends here! But was there an even bigger development hidden behind this master plan? Plus: A classic Hulk enemy returns, and can only be defeated by...the Compound Hulk! Guest-starring Xemnu, the Impossible Man and Woodgod (yes, Woodgod)! Collecting Hulk #25-30. 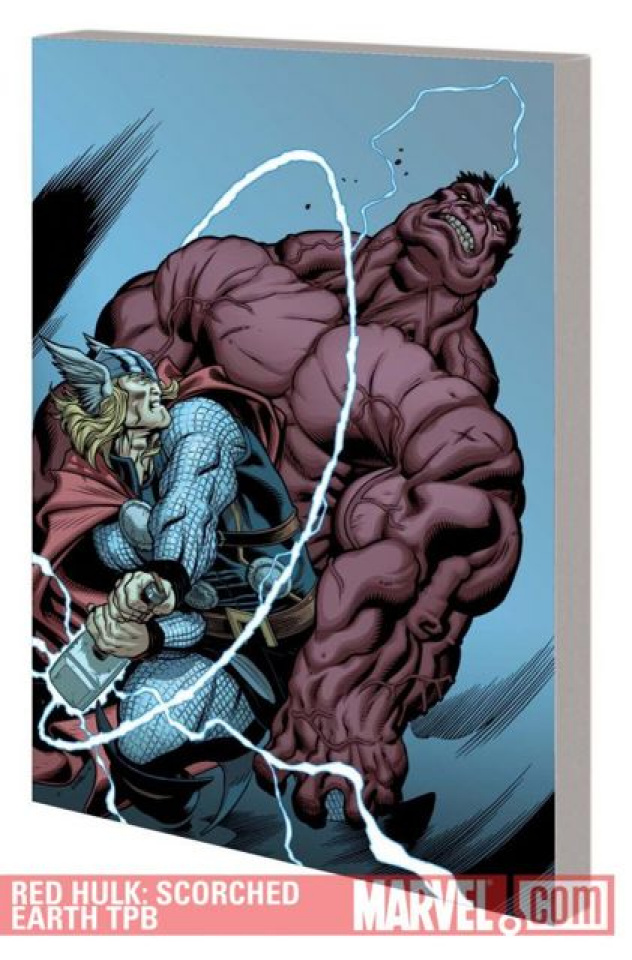