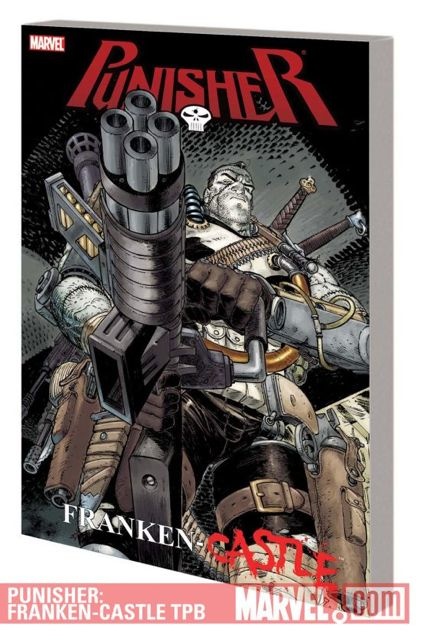 The Punisher joins the Legion of Monsters! Hundreds have tried, but only Daken, the son Wolverine, succeeds in killing Frank Castle - but even in the face of death, the Punisher won't stay down! With his remains stitched back together into a heap of scarred flesh and machinery, the Punisher is reborn as the terrifying monster Franken-Castle! The monsters of the Marvel universe are being hunted into extinction, and the Punisher is resurrected by Morbius the Living Vampire and his cohorts in the Legion of Monsters to be their savior. Will Franken-Castle forsake those who saved him, or does enough humanity remain beneath the stitched-together husk of a man to join their cause and fight alongside the Legion as one of their own? Plus: Franken-Castle seeks revenge on his killer, and he finds it in Tokyo! Collecting DARK REIGN: THE LIST - PUNISHER, PUNISHER #11-16, FRANKEN-CASTLE #17-21 and DARK WOLVERINE #88-89.