The Vision. Captain Mar-Vell. Yellowjacket. Deathcry. Swordsman. Dr. Druid. All lost their lives in the line of duty - or in disgrace. When Earth's Mightiest Heroes are themselves laid low in the carnage of the CHAOS WAR, and the graves give up their dead, these six find themselves mysteriously returned to reassemble against the Chaos King's most fearsome ally - one of the Avengers' greatest foes! It's a final chance at redemption and a second life - and an opportunity to prove, once and for all, that they're worthy of the name Avengers. Plus: Ares defeated Chaos King once before, but now the God of War is dead and armed only with his love for his lost son. How can he stop the living oblivion Chaos King has become, even with the help of Zeus and Hera? And at what price comes defeat? And in the midst of the epic battle raging through CHAOS WAR, Thor squares off against a foe who may be the most powerful he's ever faced: the alien god known only as Glory! This powerhouse has his sites set on helping Chaos King destroy all reality, so what hope does a simple Thunder God have of stopping him? Collecting CHAOS WAR: DEAD AVENGERS #1-3, CHAOS WAR: ARES #1, CHAOS WAR: THOR #1-2 and material from X-MEN: CURSE OF THE MUTANTS SPOTLIGHT. 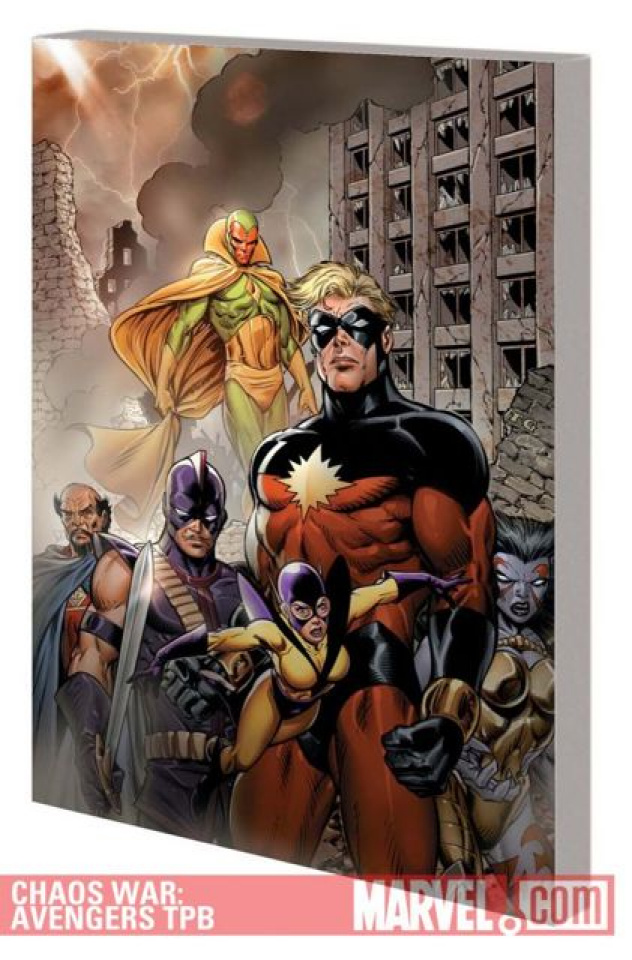