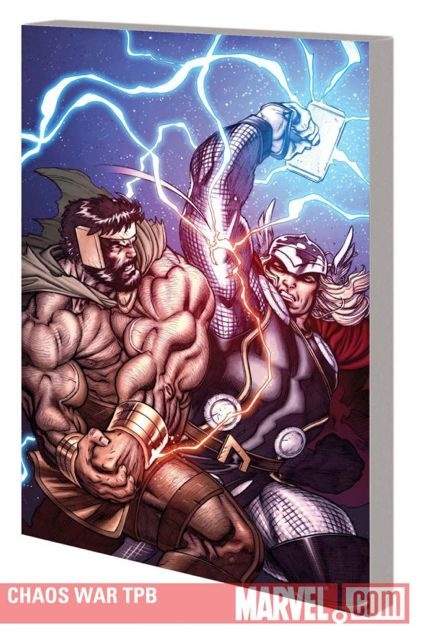 Bigger than INFINITY GAUNTLET! More cosmic than ANNIHILATION! Since the end of SECRET INVASION, the Chaos King has amassed his army of alien slave gods - and the time to strike Earth is now! Only the greatest Marvel heroes can oppose him, all led by the newly returned god of heroes: Hercules! But are even his incredible new powers enough to stand against the greatest threat the Marvel Universe has ever seen: a mad god who seeks to destroy reality itself? Plus: While thought dead, Hercules was trapped in a dangerous world that threatened his very sanity. Find out the secret of his exile in a special bonus story! Collecting CHAOS WAR #1-5, an all-new CHAOS WAR SAGA and material X-MEN: CURSE OF THE MUTANTS SPOTLIGHT.