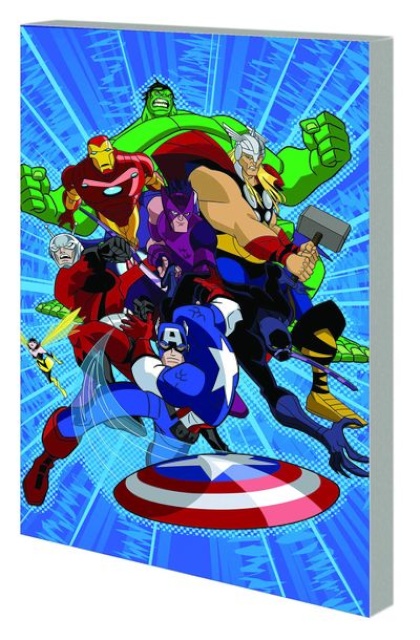 Based on the Disney XD animated series!

What do you do when the world's vilest villains attack? Call Earth's Mightiest Heroes to save the day! It's Iron Man vs. the Crimson Dynamo! Ant-Man vs. the Mad Thinker and his Awesome Android! Captain America and Thor vs. a threat bigger than both of them! And the Avengers vs. Masters of Evil as the two teams collide to decide once and for all: Will might make right-or wrong?