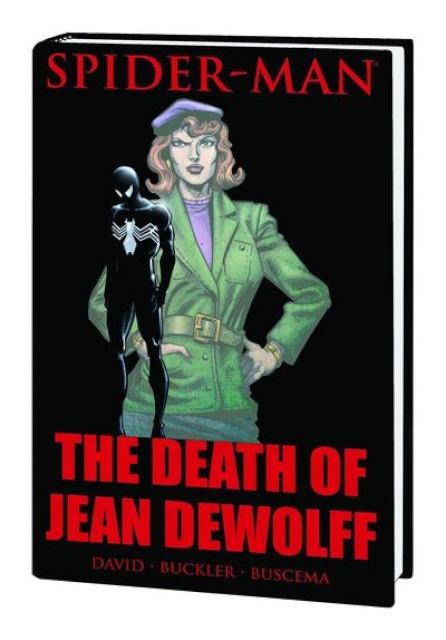 Spider-Man: The Death of Jean DeWolff

First the gun muzzle flashed before her, and then her life did. Who killed Jean DeWolff?

Witness the web-slinger's race against time and death as a shotgun-wielding maniac carves a path of destruction through New York City in one of Spider-Man's most acclaimed, gripping and gritty adventures!

Aided by Daredevil and police Det. Stan Carter, the wall-crawler must track down the madman known only as the Sin-Eater, who is determined to purge the city of sin. His cure, however, is murder. And his first victim is a close friend of Spider-Man's: police Capt. Jean DeWolff, cut down in the prime of her life.

Now, the Sin-Eater's killing spree has taken on a new, personal meaning for Spider-Man - and when the wall-crawler finally catches up with the Sin-Eater, Spidey may not be able to check his own fury and rage.

In capturing the Sin-Eater, will Spider-Man become as great a danger as that which he pursues?