Hath the world known anyone so noble as Hogun? So dashing as Fandral? So...er...great as the mighty Volstagg? Hath the world ever known anything like the Warriors Three? The answer is 'no,' and that's probably a good thing - for the tectonic plates of Midgard most likely could not withstand such...ah...might. But lo, an evil is brewing down in the depths of Hel that neither man nor God is prepared for. When an ancient monster is let loose on the world, only the Warriors Three are able to rise to the challenge! From the bestselling comics writer Bill Willingham (Fables) and breakout artist Neil Edwards (FANTASTIC FOUR) comes a tale of such magnitude the Marvel Universe has never seen! Collecting WARRIORS THREE #1-4 - plus a classic saga of the Warriors Three and a monster of greener color from 1968's TALES TO ASTONISH #101 and INCREDIBLE HULK #102 by Stan Lee, Gary Friedrich and Marie Severin. 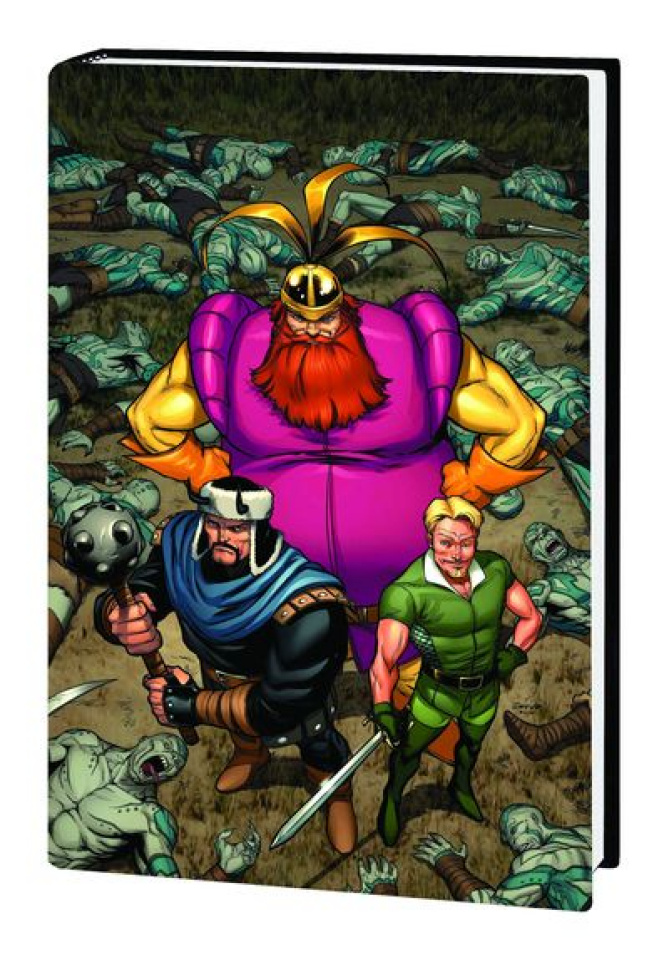