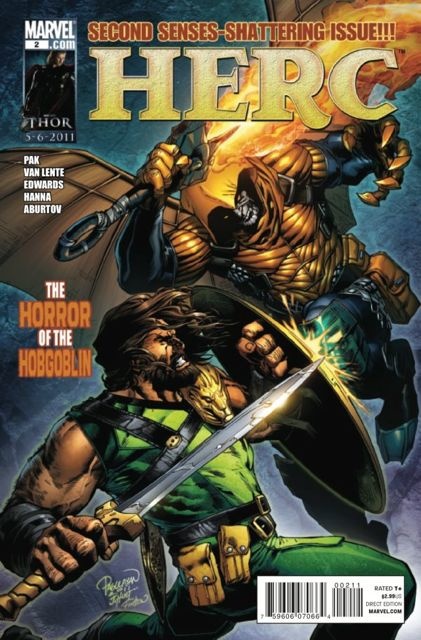 A BOLD NEW ERA FOR THE LION OF OLYMPUS! The Chaos War left?Hercules without powers -- and without a sidekick. But when mythic evil stalks the streets, and a latter day band of Hercules-worshippers cries out for their savior, what is the son of Zeus to do? He takes his three thousand years of combat experience, raids the armory of Ares for the most fearsome weapons of legend, descends from heaven and gets medieval on their asses. Return to Olympus with Hercules' "Dream Team" of writers Greg Pak & Fred Van Lente and artist George Jeanty for an all-new, all-dark on-going saga here!