The Official Index to the Marvel Universe #12: The Avengers, Thor & Captain America

The chronicle of the Marvel Universe returns as the All-New Official Index to the Marvel Universe delves into the history of three more of Marvel's most enduring titles! Return with us to the Silver and Golden Ages as we launch our coverage of the Avengers (from AVENGERS #111), Thor (from THOR #161), and Captain America (from both CAPTAIN AMERICA #207 and 1941's CAPTAIN AMERICA COMICS #11).

Watch the Marvel universe's history unfold month by month as each issue provides synopses for dozens of individual comics, including back-up strips, introducing the characters, teams, places and equipment that appeared within, providing vital information about first appearances, where they last showed up and where they appeared next! 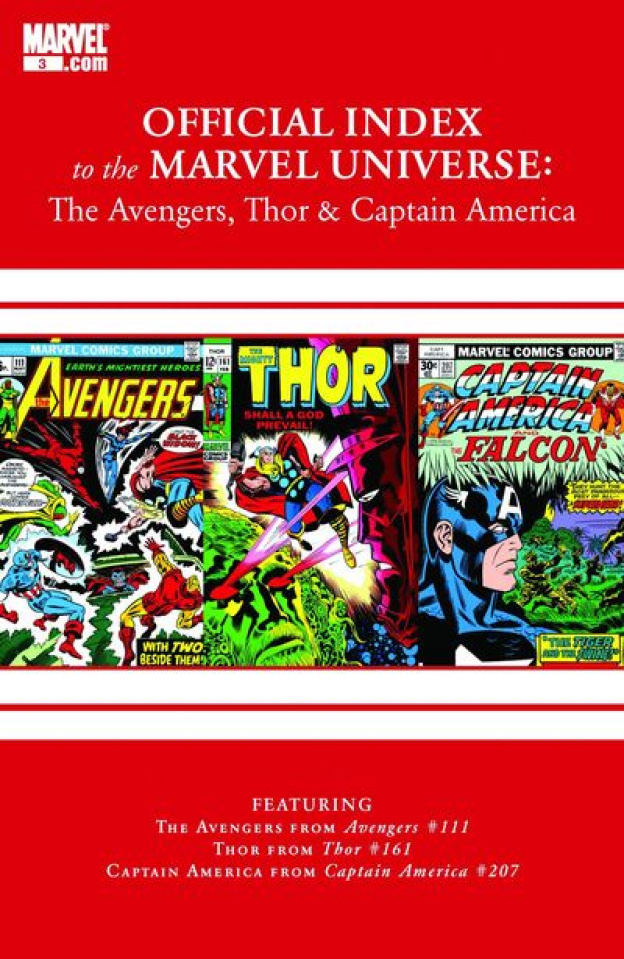