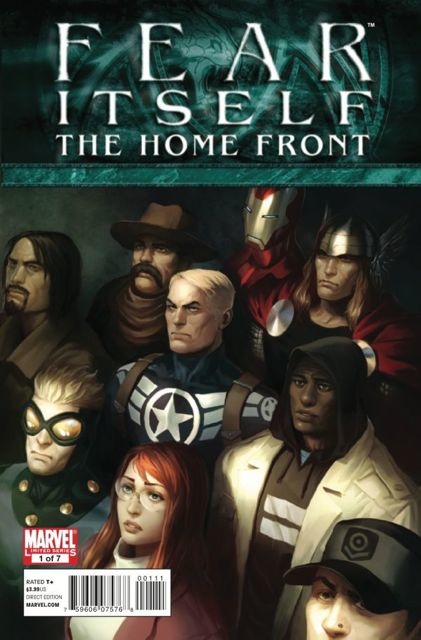 Fear Itself: The Home Front #1

Terror has gripped the globe and now all the world is the front line for the next superhuman conflict! America blamed Speedball for the deaths of six hundred people in Stamford, Connecticut - the event that sparked the super hero Civil War. And while some have forgiven him, he hasn't forgiven himself.

But a new crisis has arisen--fear is spreading throughout the populace. While doing charity work in disguise, Robbie Baldwin's true identity is exposed to the people of Stamford. With the world falling apart around him, can Speedball rally the population against the new danger--or will this survivor of an old war be the casualty of a new one?

Marvel's super agent Jimmy Woo confronts his deepest fears in an all-new, all-action adventure! Join the fight as Marvel's top talents take you on a series of globe-spanning adventures that will test the mettle of hero, citizen and villain alike!