The only thing you have to fear is...FEAR ITSELF! Starting in April, Marvel lifts the lid on a plot that might undo the Heroic Age just as it's getting started - with a universe-shattering attack from an unexpected quarter! In this issue of SPOTLIGHT, we dig deep with the creators behind FEAR ITSELF, including Matt Fraction (THOR, UNCANNY X-MEN) and Stuart Immonen (NEW AVENGERS) as they provide insight into the main event and the characters most affected by it! Plus: Take a look back at some of Marvel's biggest blockbusters through the years - from old-school epics like the Avengers/Defenders War and SECRET WARS to contemporary crossovers like CIVIL WAR and SIEGE! 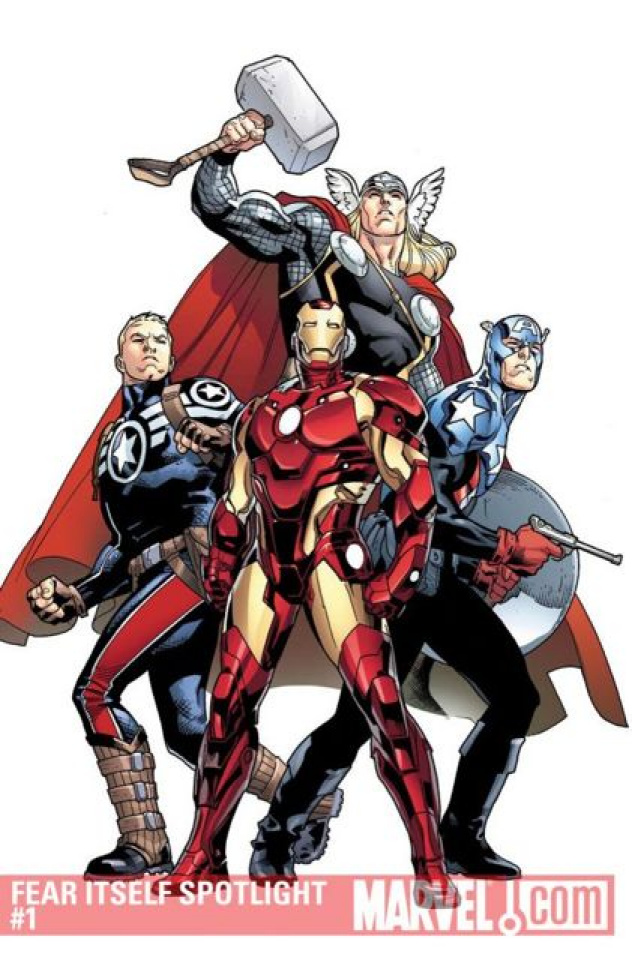