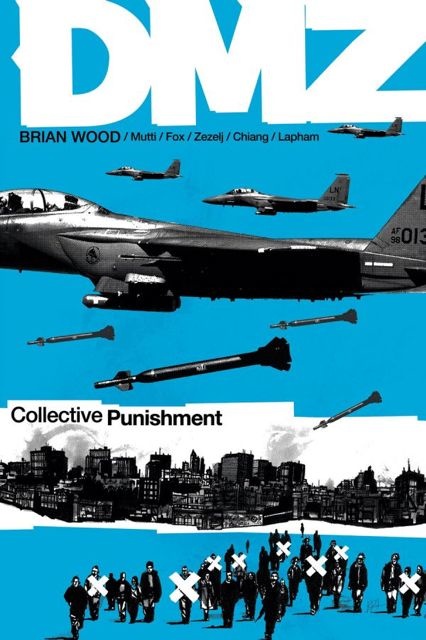 In this collection of tales from DMZ #55-59, citizens and soldiers - new characters and old - weather the storm of a brutal "shock and awe" bombing campaign on the DMZ. Included is a story concerning the enigmatic Wilson, the self-professed protector of Chinatown and confidant to series star Matty Roth who has always said he'd own the DMZ in the end. Now, with the U.S. poised to steamroll its way into the city, it's do-or-die time for the old man. In another tale, Matty lends his Liberty News secure phone line to DMZ citizens to reach out to loved ones outside the city - a direct violation of his contract. Is this the beginning of a new, compassionate Matty looking to atone? Or are more cynical motives at play?