In this reprint of the four-issue BAD BLOOD miniseries, it's the year 2025. The British monarchy is on its last legs, and John Constantine is still alive and kicking, though he has forsaken the world of magic. But that's all about to change when John's friend Dolly finds herself held captive on a reality TV show about how she's the last surviving heir to the throne. Various pro- and anti-royalist forces plot out the show's cliffhanger ending with Dolly's life hanging in the balance. But Constantine is in for an even bigger surprise when he finds out that Dolly is pregnant with his child, and it's up to the old mage to decide the course of England's future - and whether to crown his own offspring. 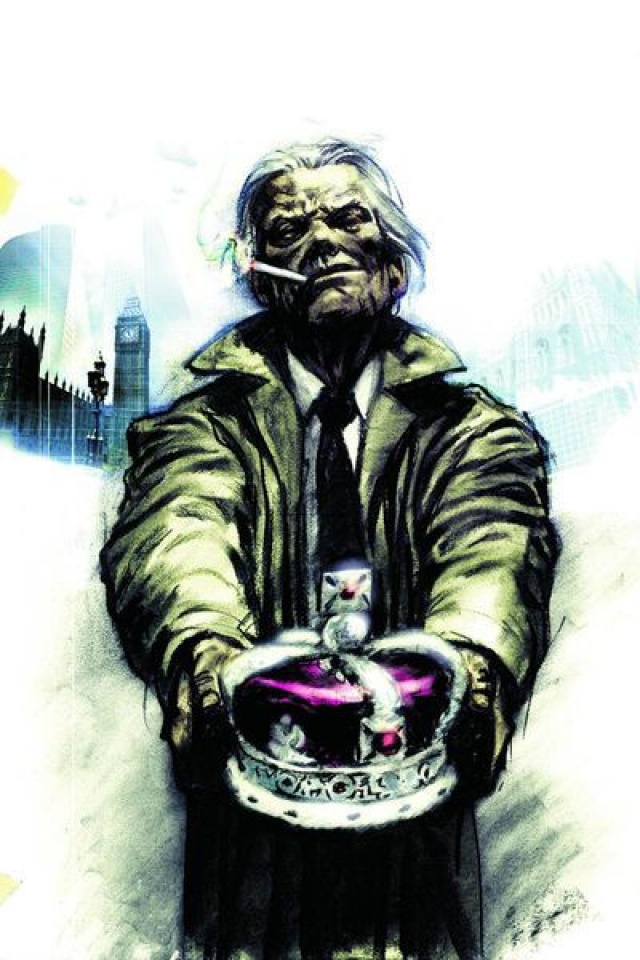