In part 2 of this month's 3-part crossover with RED ROBIN and BATMAN, the Angels of Death having sworn judgment on Gotham City, which they see as a modern-day Sodom and Gomorrah - but Gotham's heroes are fighting back! And when secrets surface - secrets she'd rather kept hidden - Selina finds herself in the middle of a fight for the very existence of Gotham! Guest starring Batman and Ra's al Ghul. 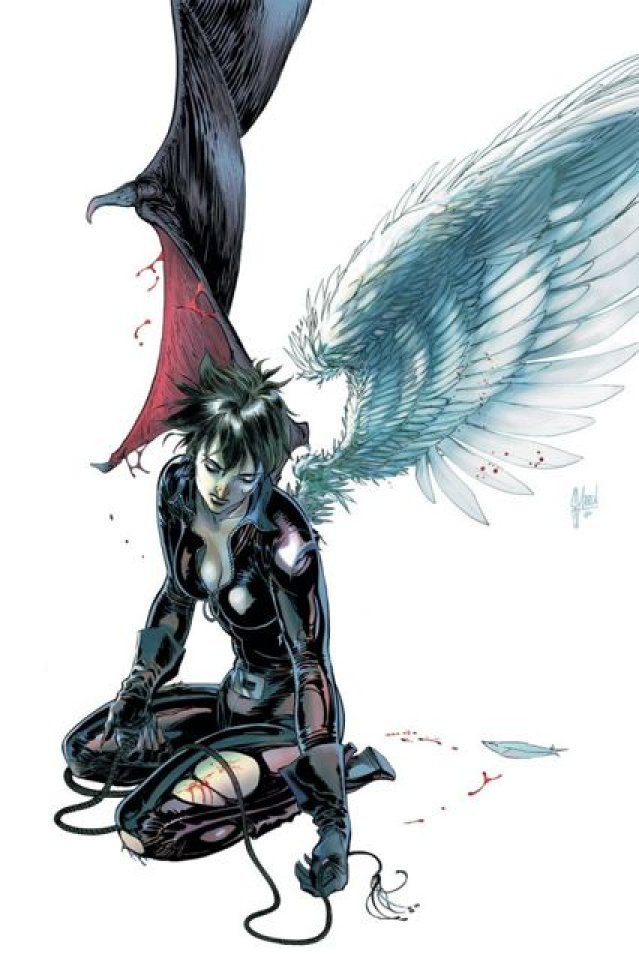