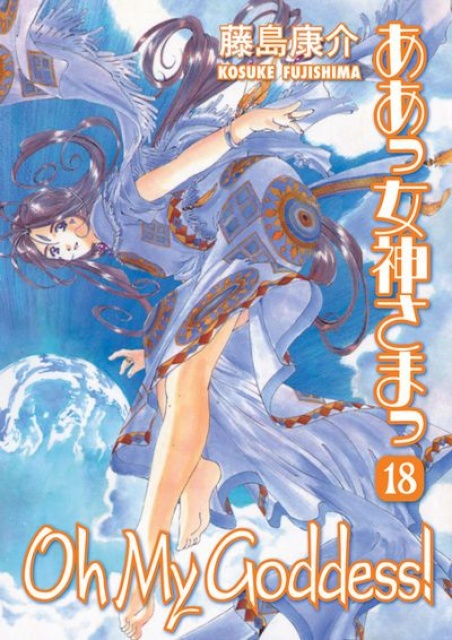 Ever since a cosmic phone call brought the literal young goddess Belldandy into college student Keiichi's residence, his personal life has been turned upside-down, sideways, and sometimes even into strange dimensions!

Who would have ever thought one of Skuld's inventions could go wrong? Er . . . don't answer that, but her tinkering with the time-space continuum has left Belldandy and Keiichi trapped inside their own living room . . . because it's now infinitely big! And uncanny events await them outside as well, as a ghost haunts the mountain pass between the two campuses of N.I.T. . . causing Bell and K1 to do a night ride in tandem to solve the mystery!

Includes your fan art and letters, and more commentary by Kosuke Fujishima on the early days of the Oh My Goddess series!

Oh My Goddess! is the longest-running manga in the US!