Axe Cop isn't an ordinary cop! He's the best crime--fighter the world has ever known, thanks to his amazing team of partners--Dinosaur Soldier, Sockarang, and his pet T. Rex, Wexter!

But right now, Axe Cop is in trouble on a distant world full of dinosaurs. If he can't make it back to Earth before a team of invading bad guys strikes, we might soon be living on bad guy Earth!

Full of hilarious characters unlike any you've ever seen, and exploding with insane adventures like interplanetary warfare and time--travel, Axe Cop is the new comic--book series that everyone is talking about!

Written by a six-year-old and drawn by his 30-year-old brother! 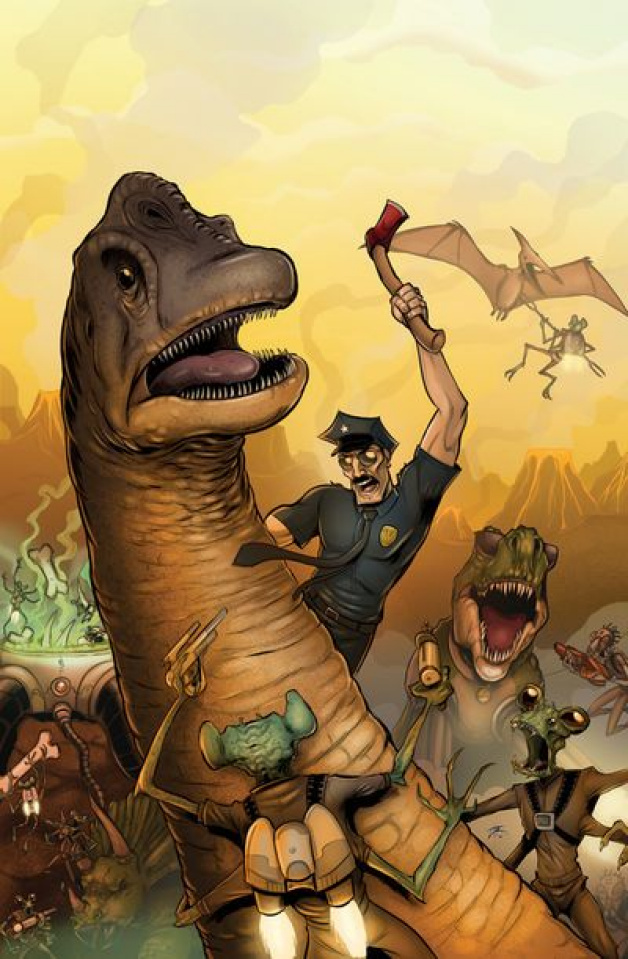