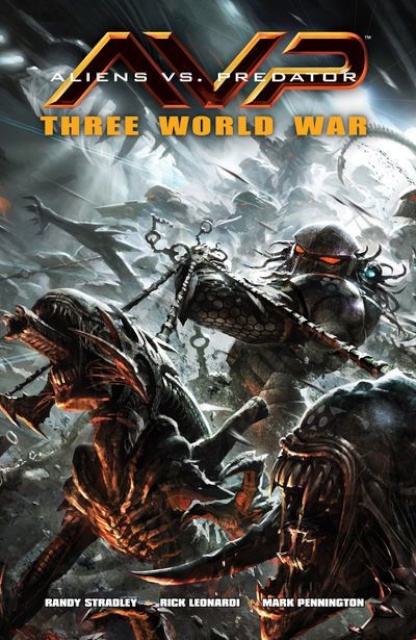 A long-lost Predator clan stakes its claim for galactic dominance, intent on exterminating its rival clan, the self-same trophy hunters who have plagued Earth's history. And if the advanced technology and military precision of this new threat weren't enough, they have an even more terrifying weapon-a horde of Aliens under their malefic control. Earthmen must now side with the warriors who have relentlessly hunted them, but is the enemy of my enemy my friend or just another enemy waiting for its turn to strike?

One of the most popular science-fiction/action franchises, spawning countless films, games, comics, and toys over three decades.

Collects issues #1-#6 of the miniseries.