500 years after the end of the world, barbaric hordes vie for power and plunder, and monstrous, gene-twisted Teratisms stalk the ruined landscape. Queen Terra of the marauding Jerz acquires a new and deadly weapon powerful enough to shatter massive walls. From the north, Warlord Sunder marches with a fearsome host behind Dreadnought, a gargantuan, invincible Teratism over which he has gained control. Caught in the middle is Samson, the strongest man on Earth, sole protector of the struggling N'yark Tribe. At stake is the future of the world! 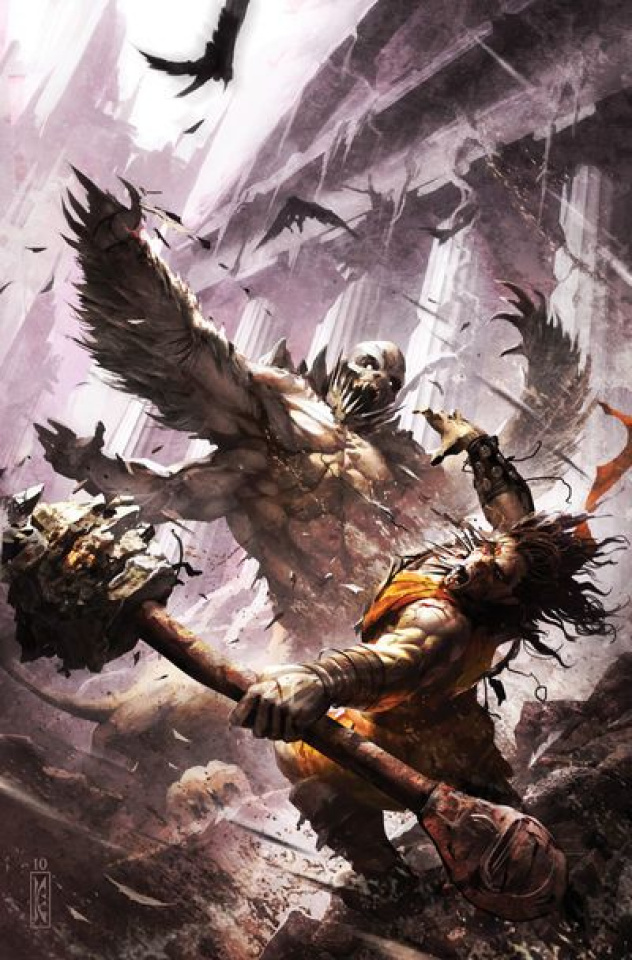