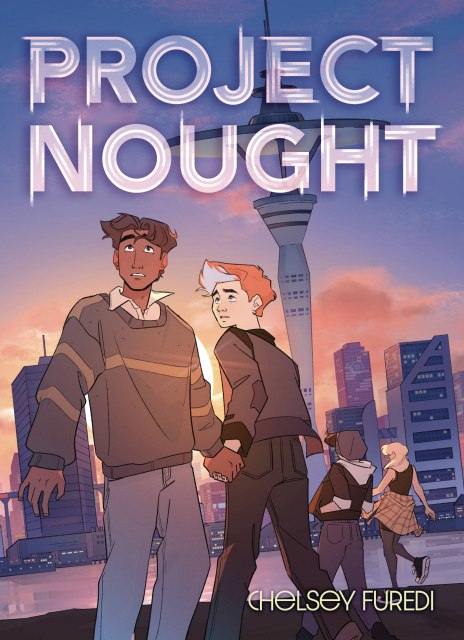 For fans of Kiss Number 8 and On a Sunbeam, this debut graphic novel is a fast-paced time-travel adventure with a hint of romance that has garnered 1.5 million views as a Tapas webcomic.

Ren Mittal's last memory in the year 1996 is getting on a bus to visit his mystery pen pal, Georgia. When he wakes up in 2122, he thinks he might be hallucinating... he's not! Tech conglomerate Chronotech sponsors a time-travel program to help students in 2122 learn what history was really like... from real-life subjects who've been transported into the future...and Ren is one of them.

In 2122, Ren's life in the 1990s is practically ancient history-and Ren's not sure how to feel about that. On top of it all, he learns that his memory will be wiped of all things 2122 before he's sent back to the '90s. Adding to Ren's complicated feels, he's forming a crush on his student guide, Mars. And when he crosses paths with the absolute last person he expected to see in the future, he has a bigger problem on his hands: what if Chronotech isn't the benevolent organization they claim to be, and he and his fellow subjects are in great danger?