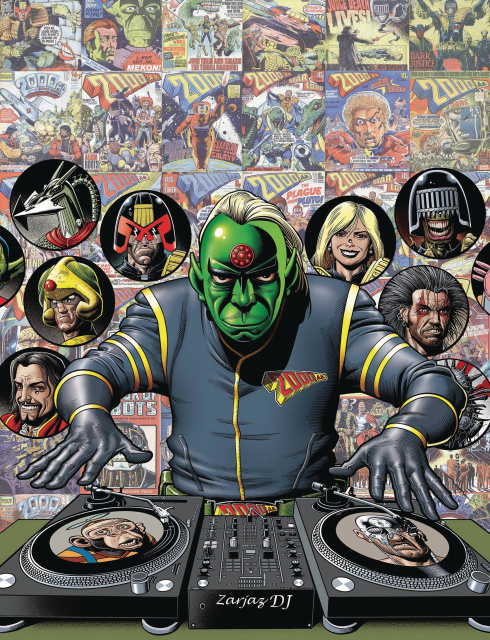 Incredible SF action from the Eisner-nominated UK anthology! Proteus Vex takes on the alliance in "Desire Paths"; the Shadow Creatures infiltrate The Order in "Fantastic Voyage"; the world's only hope lies with an Orc in Kingmaker: "Falls the Shadow"; and nineteenth-century Paris comes under attack by an interdimensional menace in Saphir: Liaisons Dangereuses. Then, in the bumper Prog 2270, 2000 AD celebrates its 45th anniversary with the start of two new stories - Judge Dredd: The Citadel, a searing return to the Apocalypse War, and Brink: Mercury Retrograde, the stunning new chapter in the SF-horror drama. Plus bonus Indigo Prime and Tharg stories, and more!