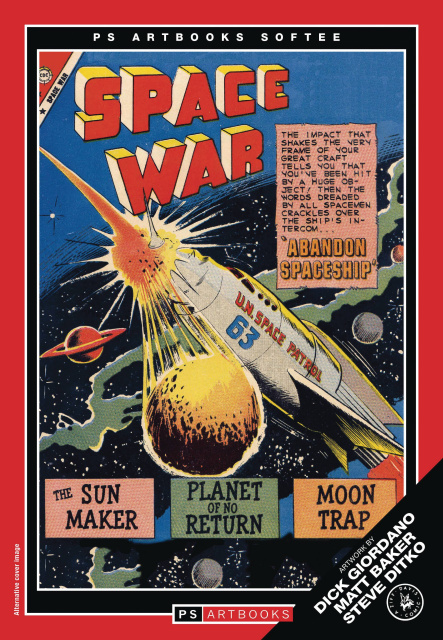 This bumper-full line-up from Charlton Comics' other-worldly Space War has everything you could imagine from "Abandon Spaceship" to "Exiled to Earth." Featuring the writing talents of the prolific Joe Gill and artists Dick Giordano, Matt Baker, Bill Montes, Bill Molno, Bill Fraccio, Jon D'Agostino, Charles Nicholas and of course Steve Ditko. You just won't be able to put this science fiction spectacular down and if you're quick, you can probably fight off several groups of marauding aliens before your mum calls you in for supper.