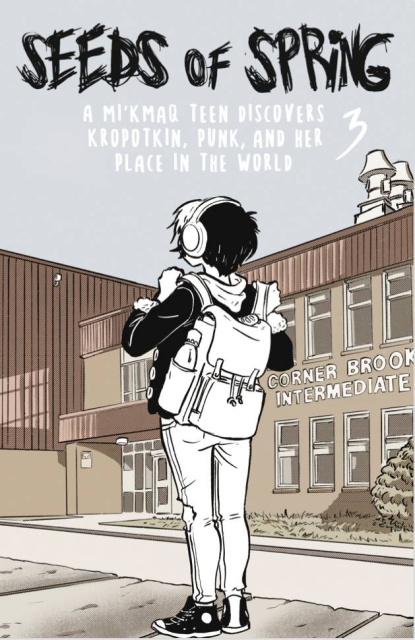 "The Same Old Mistakes Again and Again." Naguset spends precious time with her brother Mu'in before he is deployed to active military duty, and he tells her more of the story behind her name. At school, she helps a friend cope with cruel bullying. A century earlier and half a world away, young Peter stands up to bullies of his own at military school, and later finds solace in nature, letters, and banned books. In this innovative serial graphic novel, Naguset, a modern Canadian Mi'kmaq teenager, exchanges books and mix tapes with her pen pal, Chris. Her imagination sparks when he sends her a biography of the 19th century Russian anarchist Peter Kropotkin. These two stories of eventful lives and bold hearts are interwoven with Kropotkin's theories of freedom, and Mi'kmaq vocabulary and social history.