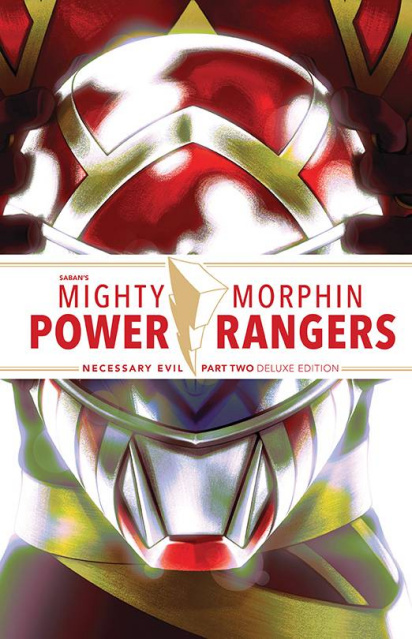 ONE ERA OF THE POWER RANGERS ENDS... AND ANOTHER BEGINS!

Lord Drakkon has returned! The evil, alternate universe version of Tommy Oliver brings a new agenda, new secrets, and a new mission from the most unexpected of allies. The Mighty Morphin Power Rangers and the all-new Omega Rangers have joined forces, but even the shocking return of The Ranger Slayer may not be enough to defeat Dayne, Kiya, and the full power of the Anointed. New York Times bestselling author Ryan Parrott and GLAAD Award-nominated co-writer Sina Grace join forces with artists Daniele Di Nicuolo , Moisés Hidalgo, Francesco Mortarino, and Dan Mora to unveil the origin of the Omega Rangers and conclude Mighty Morphin Power Rangers and Saban's Go Go Power Rangers in a finale that no Ranger fan can afford to miss!