In the second installment of the Super Turbo graphic novel series, Turbo and the Superpet Superhero League face off with a gang of flying ninja squirrels! Turbo and his pals in the Superpet Superhero League are in super-big trouble when the flying ninja squirrels that live in the tree outside the school accuse them of stealing their sacred golden acorn! Truth be told, Professor Turtle IS in possession of it-that's why he's been so speedy lately-but he didn't STEAL it! Can the superpets and ninja squirrels work it out and join forces to battle the real evil that's lurking in the shadows of Sunnyview Elementary? This graphic novel adaptation of the Super Turbo chapter book features fun, bright, full-color panels that bring the story to life better than ever before-but with all the same humor and action that readers have come to expect from Super Turbo! 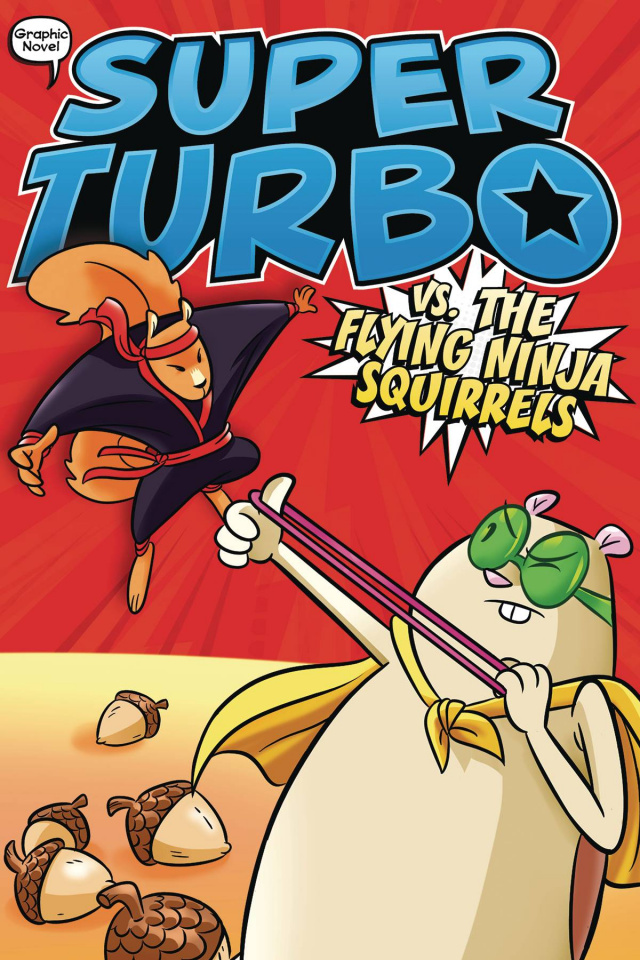