Conan the Barbarian: Hawks from the Sea (Epic Collection)

Marvel's first and best sword-and-sorcery epic continues - with iconic tales by writer Roy Thomas and artists Barry Windsor-Smith, Gil Kane and John Buscema! First, Conan the Barbarian's path crosses with the albino antihero Eric and his soul-stealing sword Stormbringer! Then, on the shores of Bal-Sagoth, Conan meets a new comrade in arms, the mighty Fafnir. Together Conan and Fafnir sail the Vilayet Sea and join the mercenary forces of the War of the Tarim, a holy conflict between Makkalet and Turan! It's a saga of adventure, intrigue and loss, which shows the true face of war! And don't miss the full-color adaptation of Robert E. Howard's Conan classic, "The Frost Giant's Daughter" - and the first appearance of Thomas and Windsor-Smith's Red Sonja! 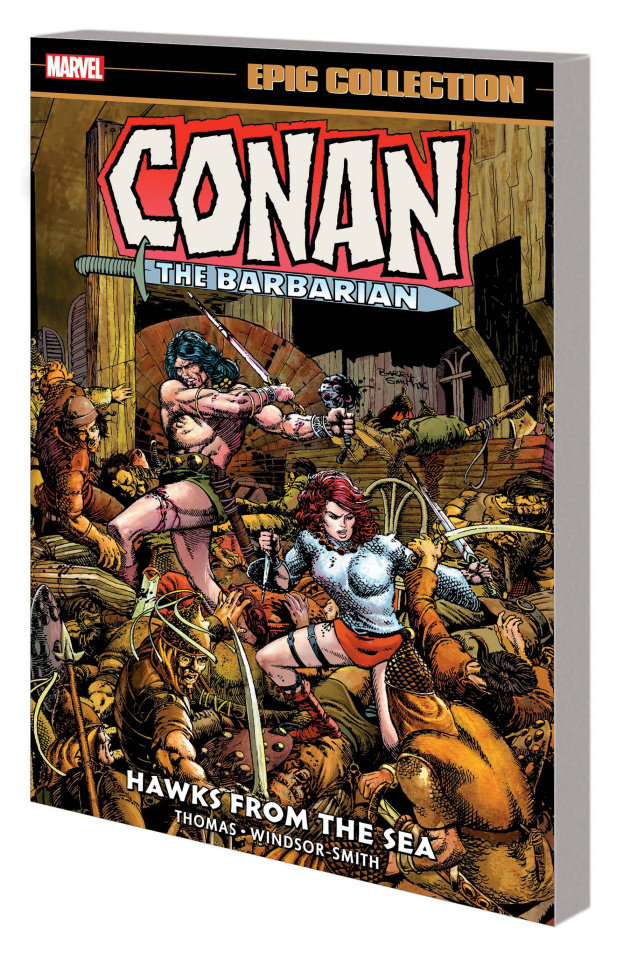