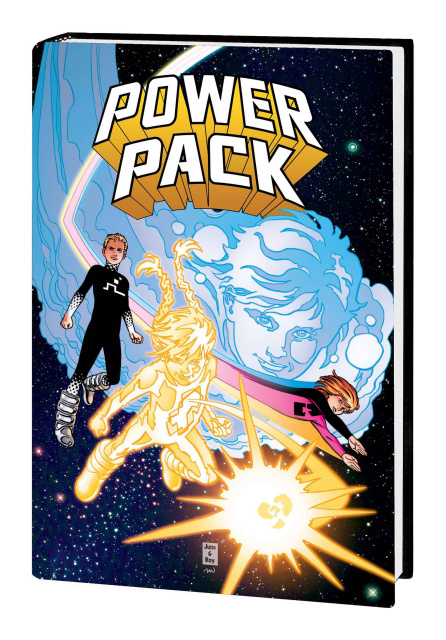 Share the growing pains of Marvel's super-powered siblings, Power Pack! Still getting used to their mixed-up abilities, Alex, Julie, Jack and Katie take on an old foe - with help from the New Mutants! But the Bogeyman becomes more monstrous than ever amid a demonic invasion that changes everything! The Punisher drops by, Franklin Richards returns and the Pack heads to space for a revelation-filled rematch with the Snarks! The kids struggle with peer pressure, pollution and puberty - and Alex goes through some very unexpected changes! But will the Powers' powers ever go back to normal?