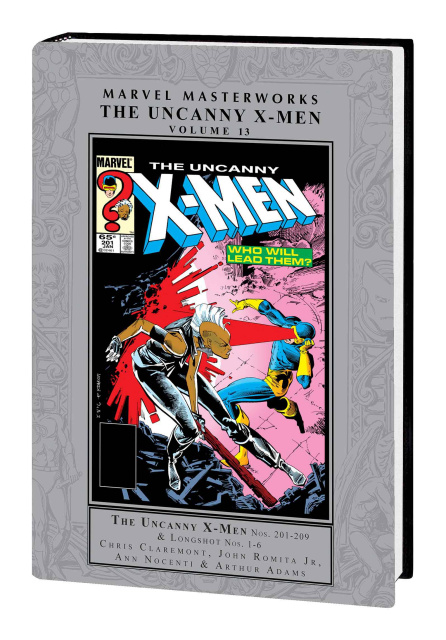 Chris Claremont and John Romita Jr. are joined by a host of all-star illustrators for a groundbreaking X-Men Masterworks! It's all in the family for Cyclops as his son Nathan Summers - later known as Cable - is born, and his "Days of Future Past" daughter Rachel comes to terms with her Phoenix Force powers! Storm duels Cyclops for team leadership as the threat of the Beyonder looms, Nightcrawler takes a solo turn in an adventure beautifully drawn by June Brigman, and Barry Windsor-Smith crafts a brutal Wolverine tale. And a showdown between Wolverine and Phoenix presages war with the Hellfire Club and Nimrod! Plus: Ann Nocenti and Arthur Adams' quintessentially '80s limited series introducing the dimension-spanning adventurer and future X-Man Longshot is restored for the Masterworks!