Out of the Spider-Verse, Gwen Stacy swings into action as the Spider-Woman of Earth-65 - a neighborhood like no other! Gwen balances super hero life with being the daughter of a cop - and playing drums in up-and-coming band, the Mary Janes! And you won't believe her reality's versions of the Lizard, the Osborns, Matt Murdock, Captain America, Frank Castle and more! The dimension-hopping Gwen joins a team-up of Spider-Women, and sparks fly when she meets Miles Morales! But troubles mount up at home, where she becomes S.H.I.E.L.D.'s most wanted - and problems with her powers lead to the introduction of Earth-65's Venom! Experience Jason Latour and Robbi Rodriguez's complete, world-building run! 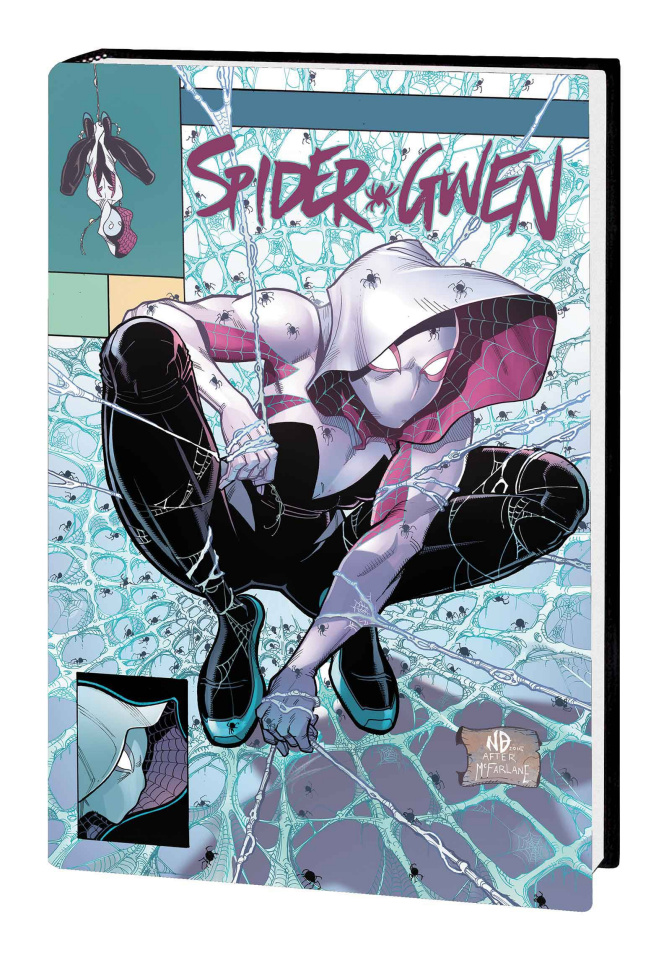