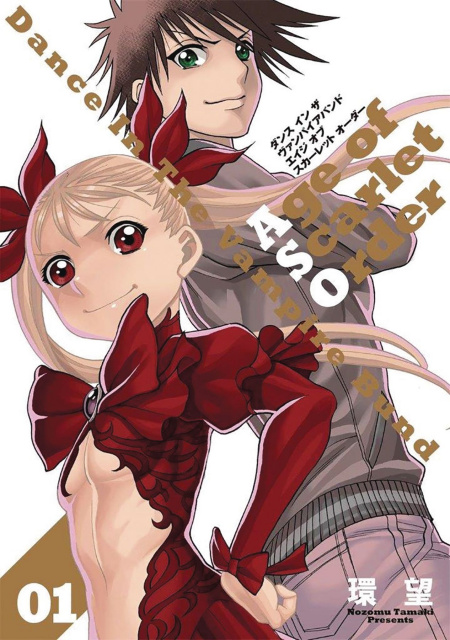 An all-new sequel manga to the bestselling Dance in the Vampire Bund series! Several years after the release of the final volume of Dance in the Vampire Bund II: Scarlet Order, the hit supernatural tale is back with an all-new series. Age of Scarlet Order, abbreviated as A.S.O., follows the continuing adventures of Mina Tepes, the revolutionary queen of the vampires. Along with her faithful werewolf bodyguard Akira, Mina will not rest until vampires and humans can coexist in peace - even when certain factions of the world want her dead.