Busted after a raid on his child-fighting ring, the infamous gangster Pikadon is on trial for his life, as an old murder murder charge resurfaces. But not to worry-Honda and Shaw, his team L.E.G.A.L. (and their sidekick Gonkle)-are on the case. In the astral halls of justice, kaiju and human are on equal footing, which could spell trouble for those who have made an enemy or two out in the world. Also: Magical tattoos! Death row conspiracies! And... Inter-dimensional death by hammer? 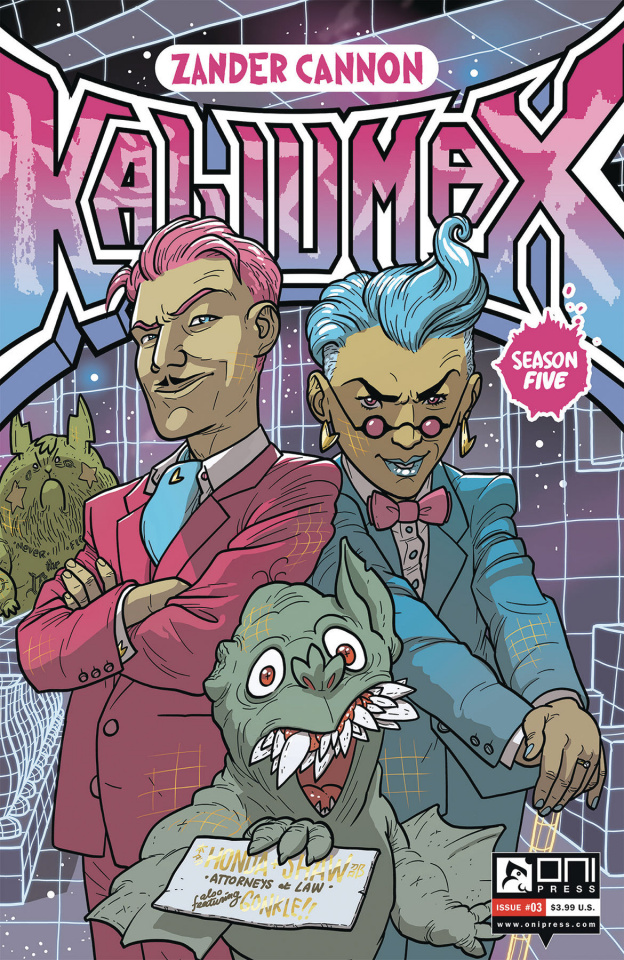