In a violent tournament between Asgardians and giants, Vei reigns victorious as the undefeated champion of the Meistarileikir. But the brutal gladiator games are far from over, and the constant barrage of death begins to take its toll. As the line between friend and foe becomes harder to distinguish, Vei is forced to question everything she's ever known: What is really worth fighting for? And how much is she prepared to sacrifice? Vei Volume 2 is the final part of an epic fantasy series by best-selling Swedish author, Sara B. Elfgren, and artist Karl Johnsson. Celebrated as "enthrallingly original" by writer Mike Carey (Lucifer, Unwritten), "one stunning masterstroke" by author Lev Grossman (The Magicians trilogy), and "no doubt, Sword & Sorcery at its best" by Comics Grinder, this series is a must-read for comics and fantasy fans of all kinds! 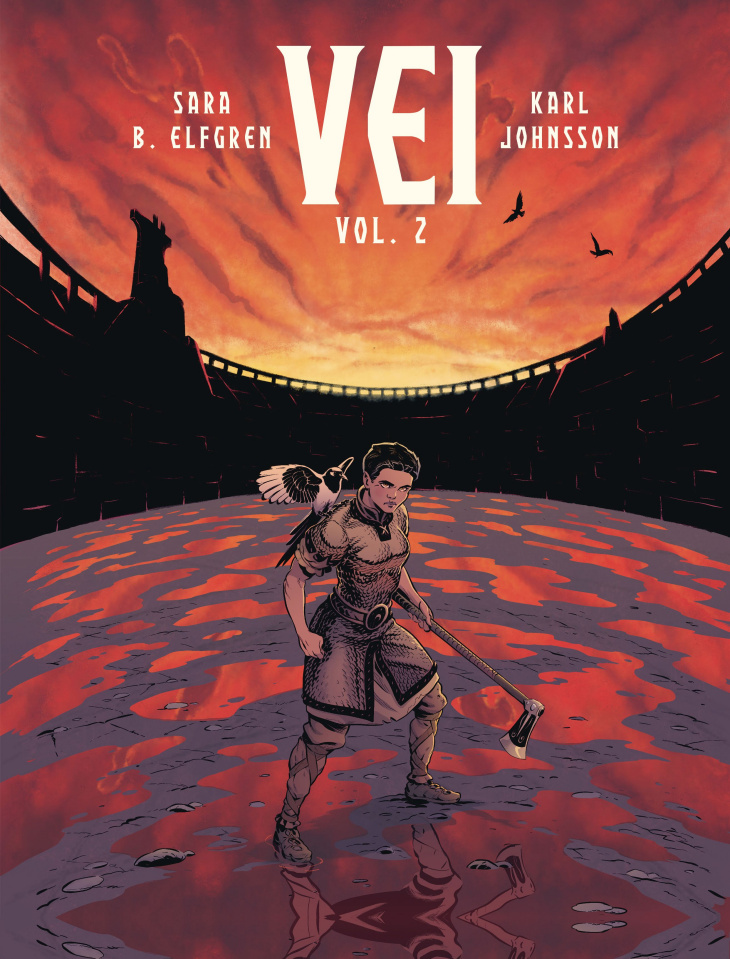