A team of elite special agents run counter-terrorism operations utilizing a secret form of time travel technology called "transference" which enables them to send their consciousnesses back in time - but, when their pasts are altered to reshape their lives in the present, they discover this technology isn't as exclusive as they thought. Now the team must prevent a large-scale insurgency in the U.S. - and do so in the transference-past, where a terrorist's consciousness could be in any body, so everybody is a potential suspect. The complete sci-fi saga coming to print for the first time, by writer Michael Moreci (Roche Limit, Black Star Renegades, Wasted Space), artists Ron Salas and Toni Fejzula (Roche Limit), colorist Tamra Bonvillain (Doom Patrol), and Eisner-nominated letterer Jim Campbell. 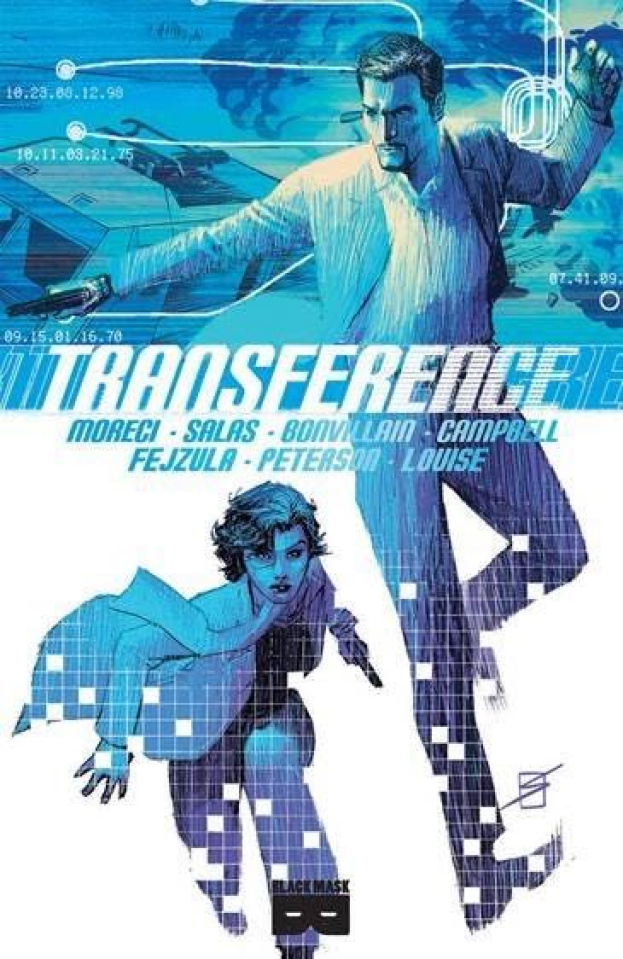