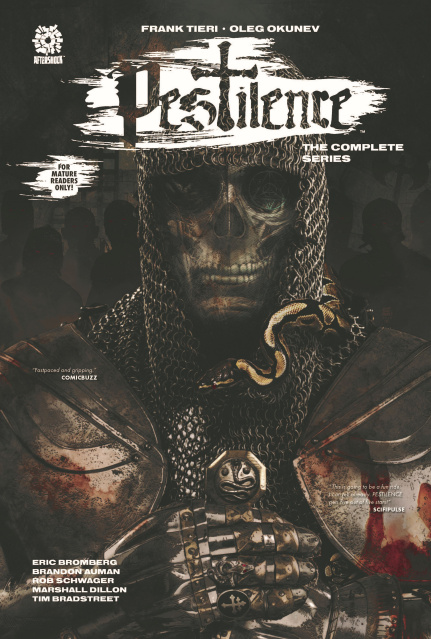 The Holy Land, the year of our lord 1347. The men of Fiat Lux-the assassin's arm of the Church-have been dispatched to deal with a situation involving a renegade crusader and his army. Little do they realize a far more important mission soon awaits them. It is a mission that will have them traversing throughout medieval Eu-rope, all in an attempt to stop a deadly plague that will eventually wipe out over sixty percent of that continent's population. But is it really a plague? What if history was a lie, and if the truth was something far more sinister...? Written by the master of violence, gore, and mayhem, Frank Tieri (Harley Quinn, Wolverine, Deadpool), with spectacular art from illustrator, Oleg Okunev, and covers by Eisner Award-nominated artist Tim Bradstreet (The Punisher, Hellblazer), this striking hardcover contains all issues of PESTILENCE its sister series PESTILENCE: A STORY OF SATAN, plus the short story that appeared in the SHOCK VOLUME 2 anthology!