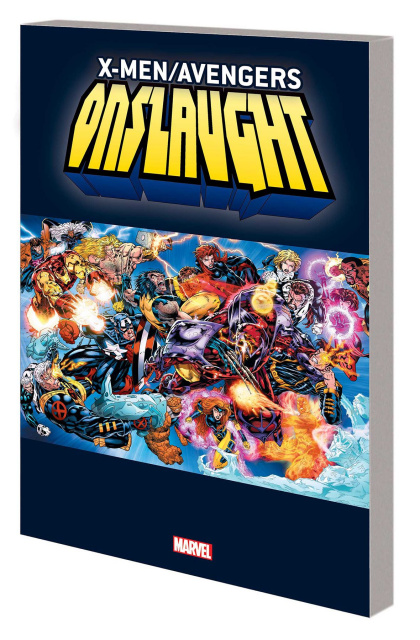 Everything changes for the Children of the Atom and Earth's Mightiest Heroes! Behold the psionic force of nature known as Onslaught - but what dread foe could terrify the unstoppable Juggernaut? As Cable battles Post, herald of the oncoming doom, Nate Grey faces a ghost from his past - and Onslaught gathers his forces! The Avengers join the X-Men to work out a battle plan, but could the answers lie with finding Magneto? And Charles Xavier has a troubling proposal for the Fantastic Four. But when Onslaught's identity is revealed, who will be the traitor to the cause?