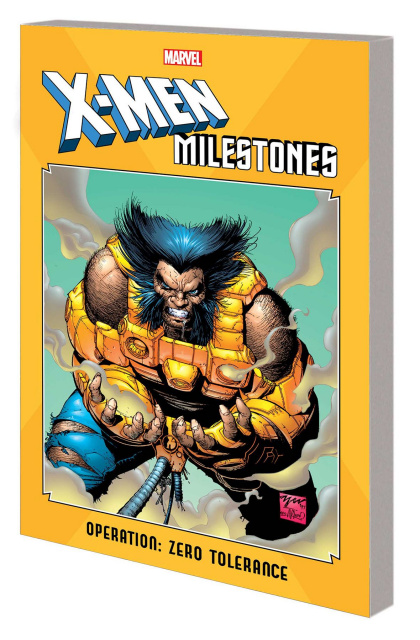 The biggest and best adventures of Marvel's mighty mutants - these are the X-Men Milestones! A rogue government strike force, backed by powerful international forces and led by the mystery man known only as Bastion, has launched a massive strike against the X-Men. Jubilee and Professor X are already Bastion's captives, and now Operation: Zero Tolerance and its insidious new Prime Sentinels have overrun the X-Mansion and imprisoned half the X-Men - leaving Iceman to fend for himself on the streets of New York! Cable and the X-Men must fight a war on many fronts - but it's a war they're losing. Can even the arrival of Marrow, Maggott and Cecilia Reyes turn the tide? Or will this be the X-Men's darkest hour?