Marvel's First Family faces deadly new threats as they adventure across time and space! First, the Fantastic Four encounter Hala's mightiest: the Kree Avengers! But who are the four familiar faces that lurk in the Negative Zone's Shadow City - and what will happen when they clash with Lockdown and Rosetta Stone? But the biggest danger of all comes from the FF's most fearsome foe as Doctor Doom returns from Counter-Earth! He didn't come alone, and their cataclysmic clash will leave Mister Fantastic in a dangerous and unexpected situation. But why is the Invisible Woman announcing her marriage to Doom?! Plus: Annihilus seeks revenge, the Ruined target Paris, the Frightful Four return, Namor the Sub-Mariner makes his play, the Shadow Hunters strike and the truth about Valeria is revealed! 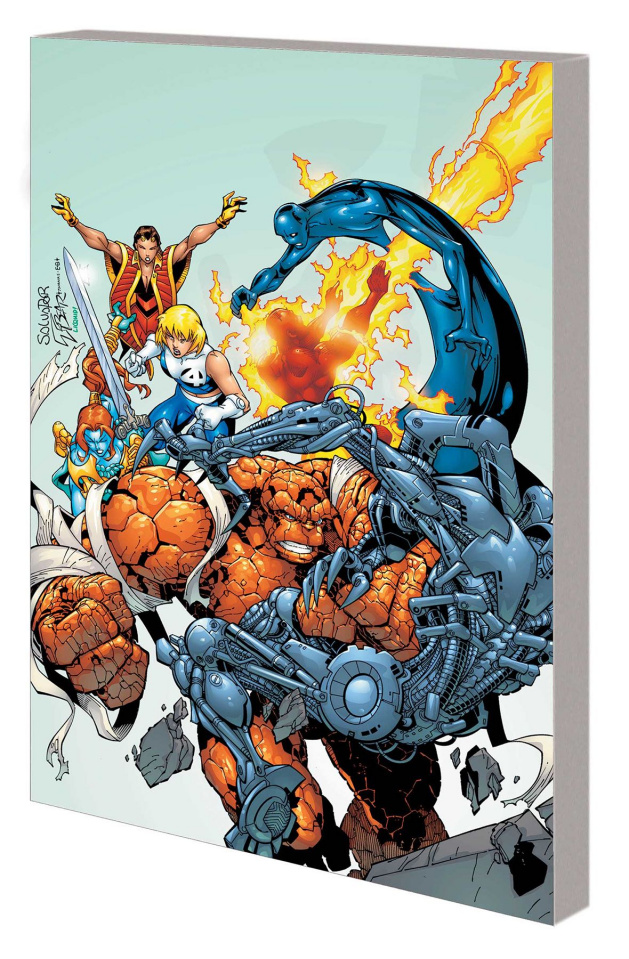