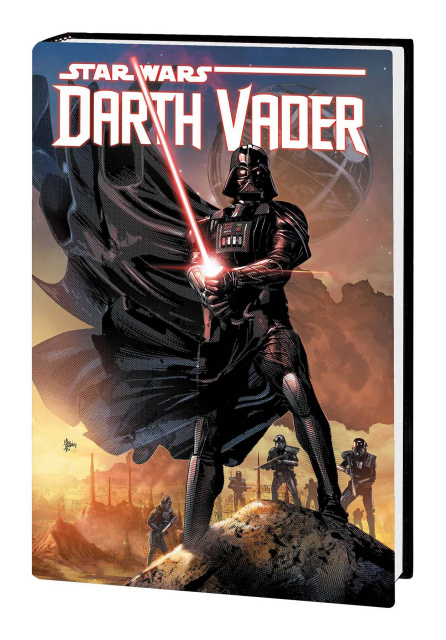 Darth Vader's imperious rise continues! As the Empire's grip on the galaxy tightens, the stirrings of a rebellion begin in the Mon Cala system. The fearsome Darth Vader knows that order must be maintained at all costs - but bringing Mon Cala to heel means finding the surviving Jedi that foment this unrest. As Vader, Tarkin and their Inquisitors hunt their targets, the seas will weep! Meanwhile, Vader discovers a theft - and when the thief faces the consequences, Emperor Palpatine rewards his disciple with a chilling gift! Seeking the path to destiny, Vader returns to the place of his greatest defeat. Darkness rises above Mustafar as Vader's brutal design begins to take shape - but will the planet's inhabitants stand for this desecration? And what can they do against the Dark Lord?