Witness the Aftermath of the stunning second season of Star Trek: Discovery! An all-new graphic novel that ties directly into Season Two of the hit CBS All Access series! After the disappearance of the U.S.S. Discovery, Captain Pike and Chancellor L'Rell seek to forge a peace treaty between the Federation and the Klingons. But when a new enemy threatens to sabotage the negotiations, Spock must reclaim his place in Starfleet to save his friends and prevent the outbreak of a new war! Available in April. Written by fan-favorite Mike Johnson (Star Trek: Picard Countdown, Star Trek: Boldly Go) and Star Trek: Discovery Co-Producer Kirsten Beyer! 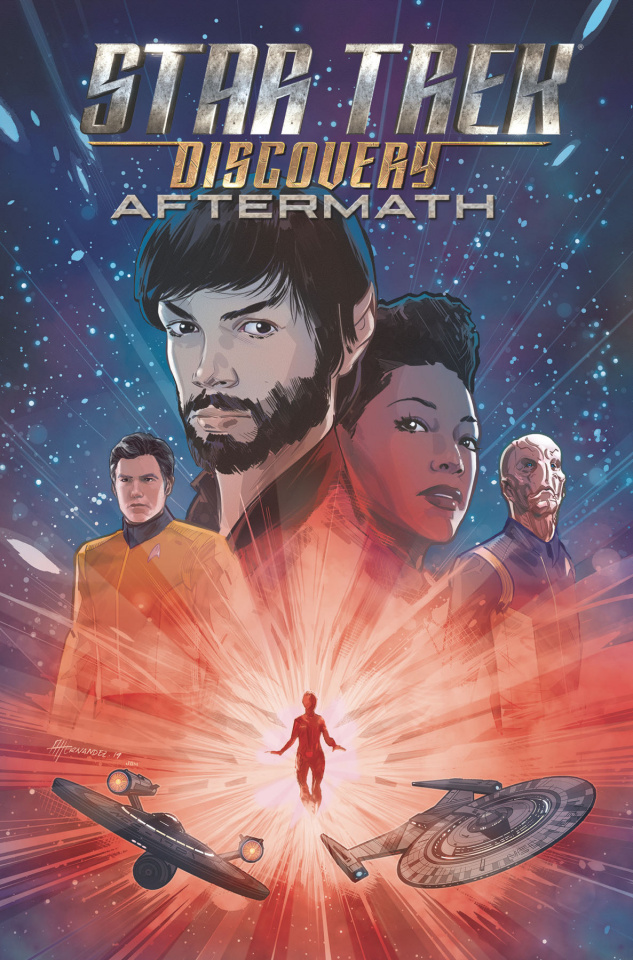