Before he met Batman, Dick Grayson discovered the power of young love-and its staggering cost-at the magical Lost Carnival. Haly's traveling circus no longer has the allure of its glamorous past, but it still has one main attraction: the Flying Graysons, a family of trapeze artists featuring a teenage Dick Grayson. The only problem is that Dick loathes spending his summers performing tired routines for dwindling crowds. When the Lost Carnival opens nearby and threatens to pull Haly's remaining customers, Dick is among those drawn to its nighttime glow. But there are ancient forces at work at the Lost Carnival, and when Dick meets the mysterious Luciana and her nomadic family, he may be too mesmerized to recognize the danger ahead. Beneath the carnival's dazzling fireworks, Dick must decide between who he is and who he wants to be-choosing either loyalty to his family history or a glittering future with new friends and romance. Author Michael Moreci and illustrator Sas Milledge will suspend readers from a tightrope in this graphic novel, redefining Dick Grayson for a new generation. 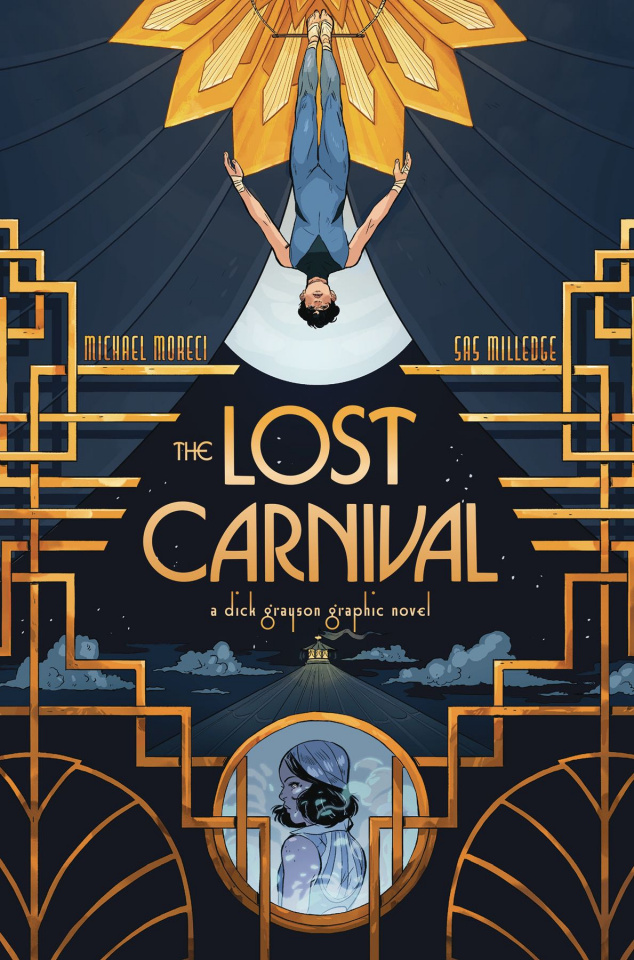