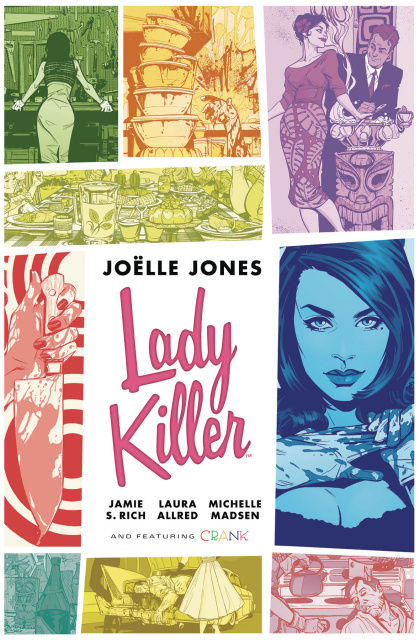 Josie Schuller is a picture-perfect homemaker, wife, and mother-but she's also a ruthless killer! She balances cheerful domestic bliss with coldly efficient assassinations. From the World's Fair in Seatlle to the beaches of Florida, Josie tries to keep her perfect family alive in a bloodstained new vision of the American Dream. This oversized hardcover collects the original series cowritten by Jones's longtime collaborator Jamie S. Rich, as well as the followup, which she both wrote and drew solo. Also included are the sketchbooks from both series and previously unpublished art.