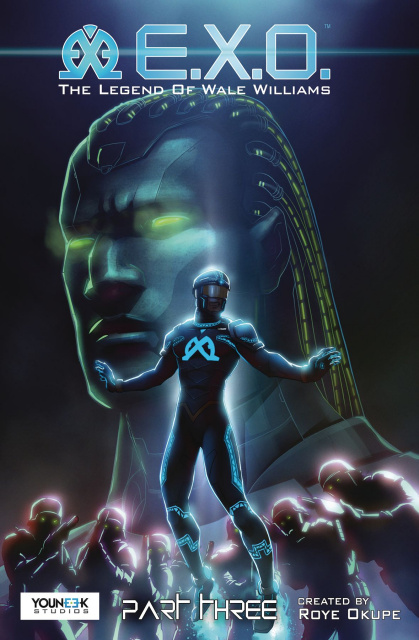 E.X.O.: The Legend of Wale Williams is a science fiction superhero story about redemption, set in a near-futuristic Africa (Lagos, Nigeria). Lagoon City bears witness to the rise of AVON just three months after the fall of Oniku, leader of the extremist group, The CREED, at the hands of EXO aka Wale Williams. AVON, a super virus created by PryTek, becomes sentient after a failed NOVA experiment, hijacks an android shell and sets his eyes on Lagoon City as its proving ground in his plot to "reset humanity!" Once again, Wale must now stand in the way of an evil created by the very thing that makes him "super." Except that this time, he must do so while bearing the weight of potentially losing everyone he loves.