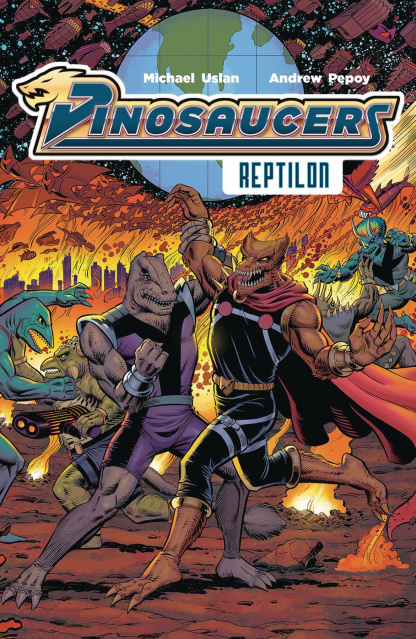 Two terrifying groups of alien creatures have descended upon planet Earth-majestic beasts, both foreign and familiar-a race of dinosaur beings with enormous appetites for everything from meat to technology. One is a ruthless army of flesh eaters bent on making humanity its new food source; the other, fighters from an underground resistance that have banded together to save humanity-and themselves-from the murderous Tyranno king, Rex. As the Earth comes under attack, a worldwide network of young hackers become the first humans to learn of the impending invasion, and they must act quickly to spread the news before the first Dinosaucer lands!