Trump's Titans Vol. 2: Too Much Winning

In this sensational second collection of the over-the-top presidential parody series, President Donald J. Trump proves himself to be the most powerful superhero in the multiverse as he takes on seven bad hombre versions of himself from the dark multiverse (The Donald Who Laughs is their leader!), fights Diversity in the comic book industry with the help of his favorite YouTube troll, fights Dracula and the planet of the lizard aliens by enlisting in the Space Force, and fights his own mortality in an epic battle against The End! This Too Much Winning volume collects Trump's Titans issues #5-8 (Vs. Dark Donalds: Mental, Vs. Diversity, Space Force, and Vs. The End) with too much bonus material. 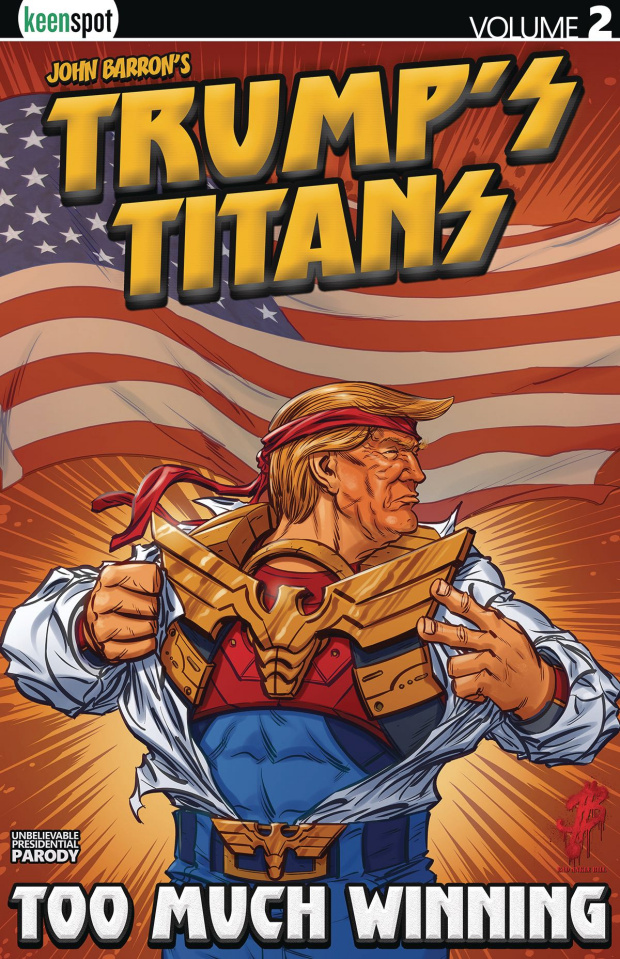