The earliest webcomics work of Rat Queens artist Owen Gieni is collected in print for the first time! This massive 632-page omnibus volume celebrates the 15th anniversary of the webcomic Sore Thumbs, which ran for a decade from 2004 to 2014 and was considered by some to be the "worst webcomic ever." Daring to combine gaming comedy with political humor, the comic by Gieni with co-creator/writer Chris Crosby (Fartnite) followed the misadventures of stacked ultra-liberal girl Cecania, who is forced by the terrible Dubya economy to work for her insane ultra-conservative brother Fairbanks at his failing video game shop Sore Thumbs. This omnibus volume collects the first four years of Sore Thumbs with a bit of bonus material. 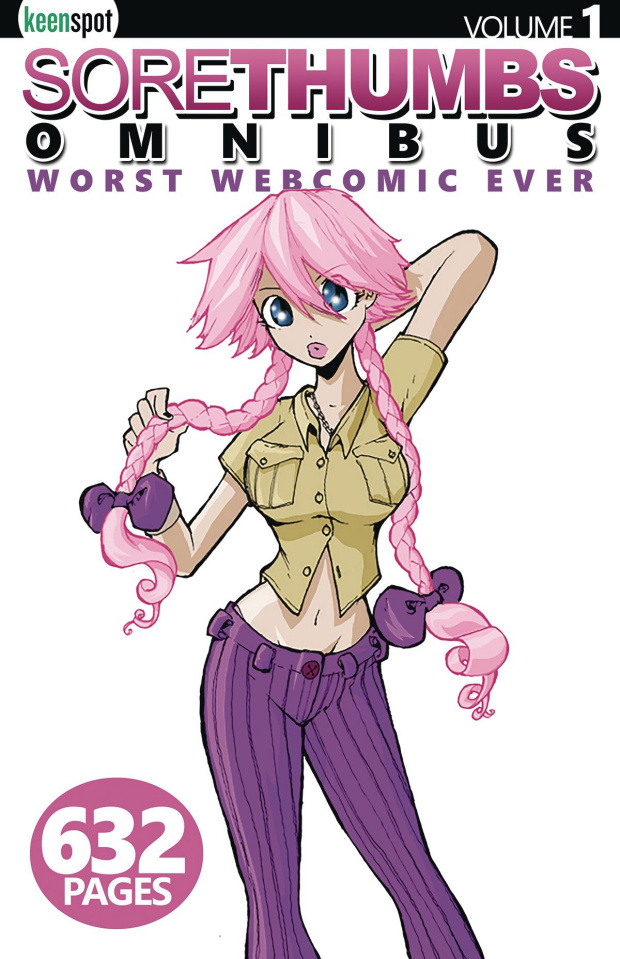