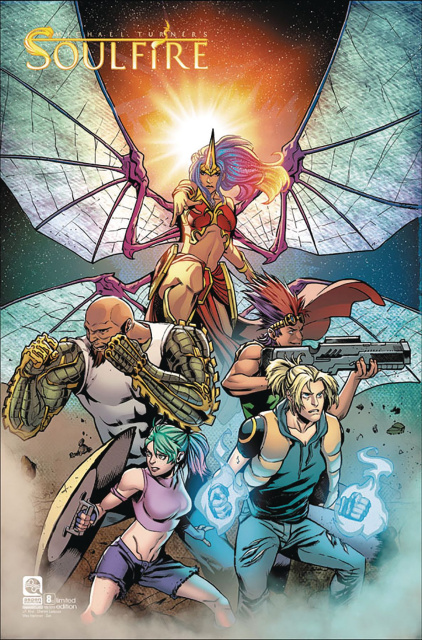 Janus and his manipulation of magic seems to know no bounds. Will Malikai and Grace be able to overcome his latest display of power? And, at what cost? In the Everlands, Faye is surrounded on all sides by enemies... what is a queen to do in order to protect her kingdom? Plus, Cassidy finds herself in a literal hell on Earth in Rainier's new realm as the latest Soulfire volume reaches it's climatic finale!