After the departure of Janey Belle, a new Zombie Tramp has risen from the grave! Angel Lynch will debut in this issue as the next woman to take up the mantle of Zombie Tramp. Learn about her origin as she begins her journey of destruction in this oversized edition. Her all-new adventures will be written by creator Dan Mendoza and newcomer to the Danger Doll Universe, Vince Hernandez (writer of Aspen's Fathom and Artifact One). 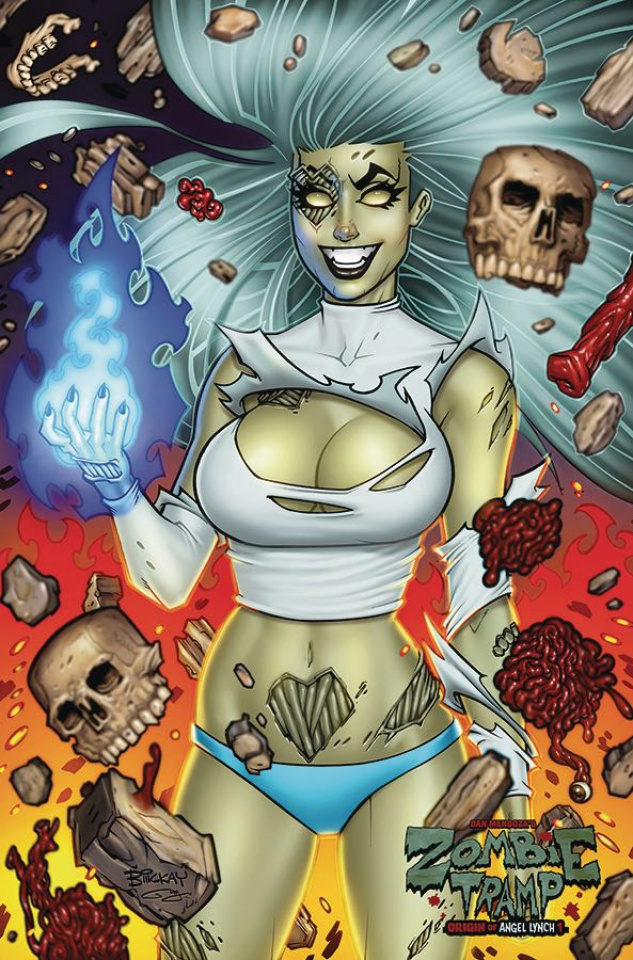